How to Create Custom Appearances in Fusion 360

You need a custom appearance in Fusion 360.

Duplicate an existing appearance and edit the settings. Import an image to create a custom texture. 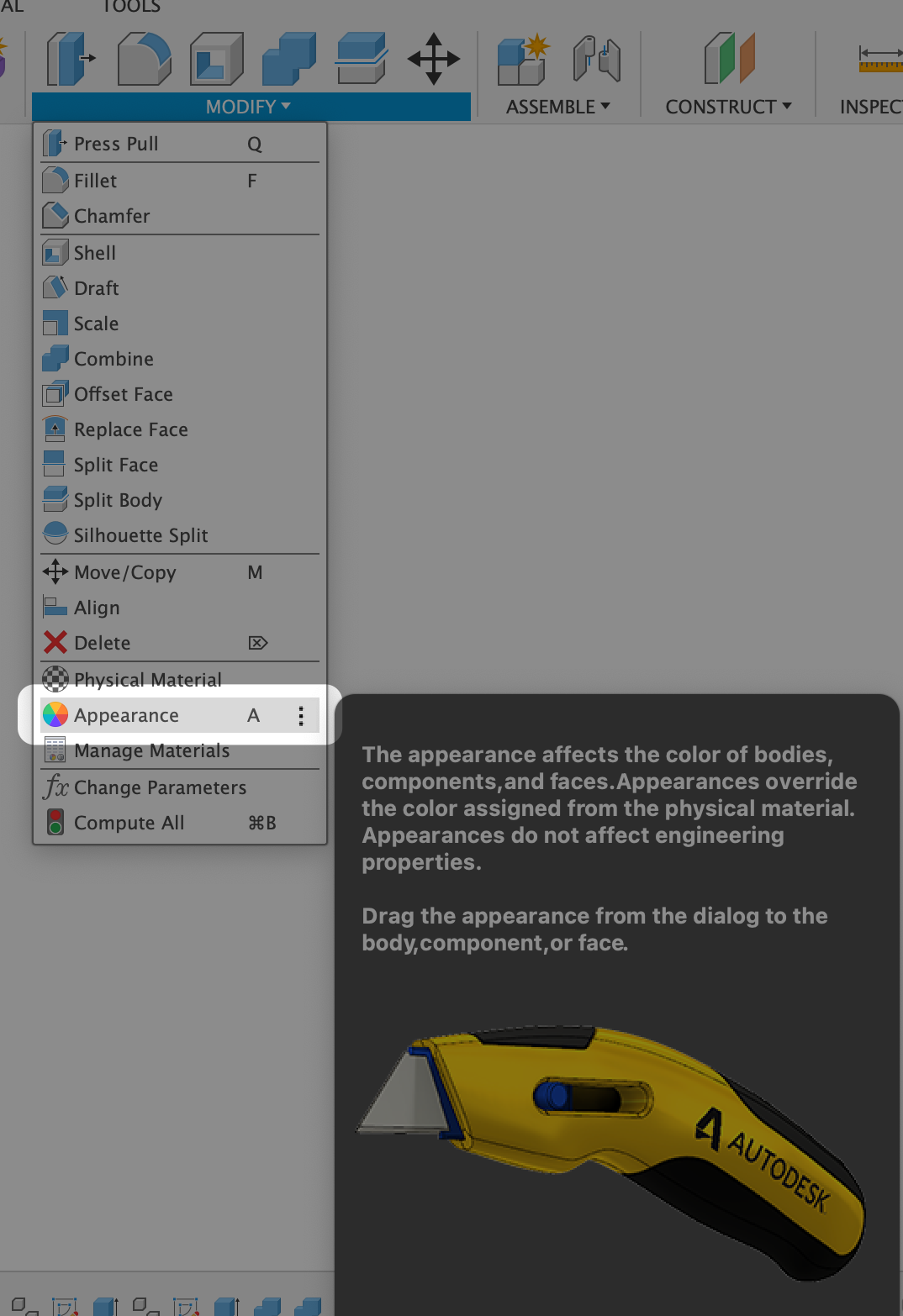 2
Start by finding an appearance closest to the desired appearance. Drag and drop the appearance to the top area titled "In This Design." 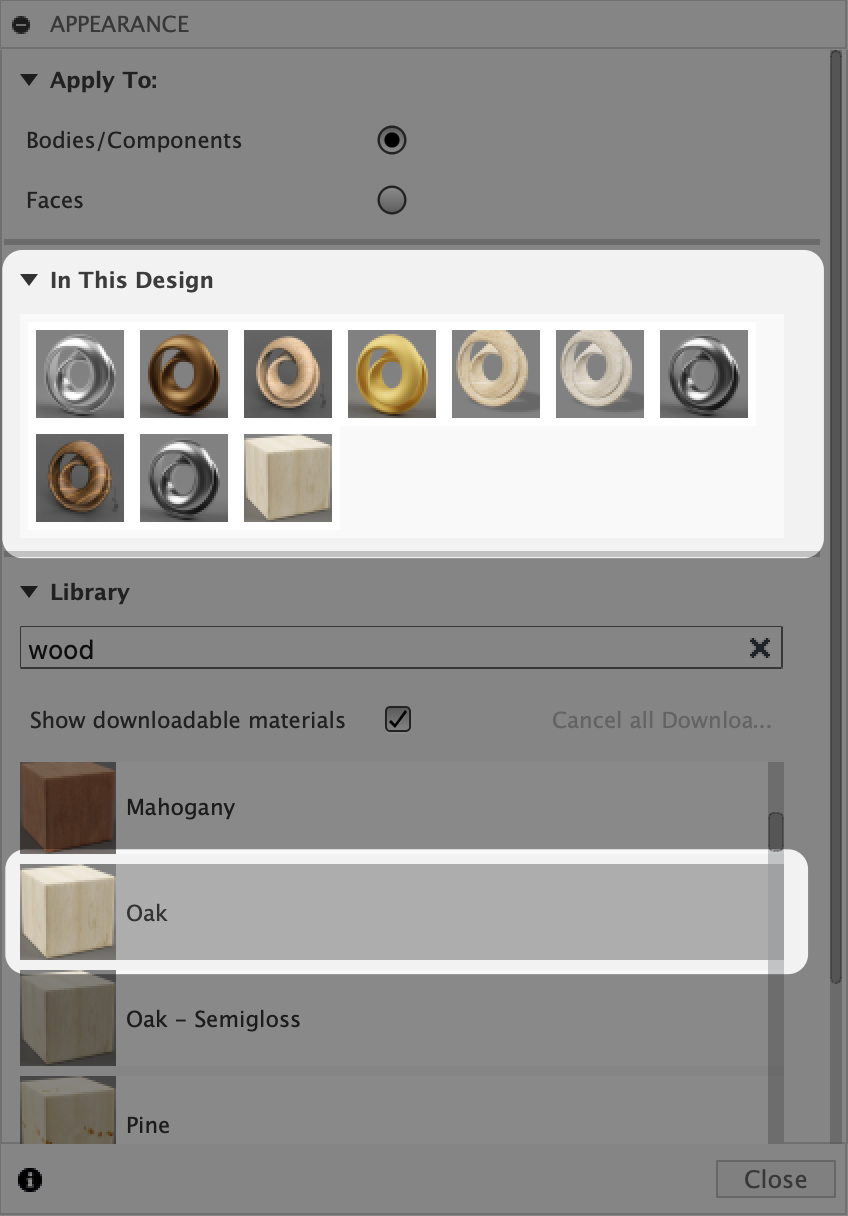 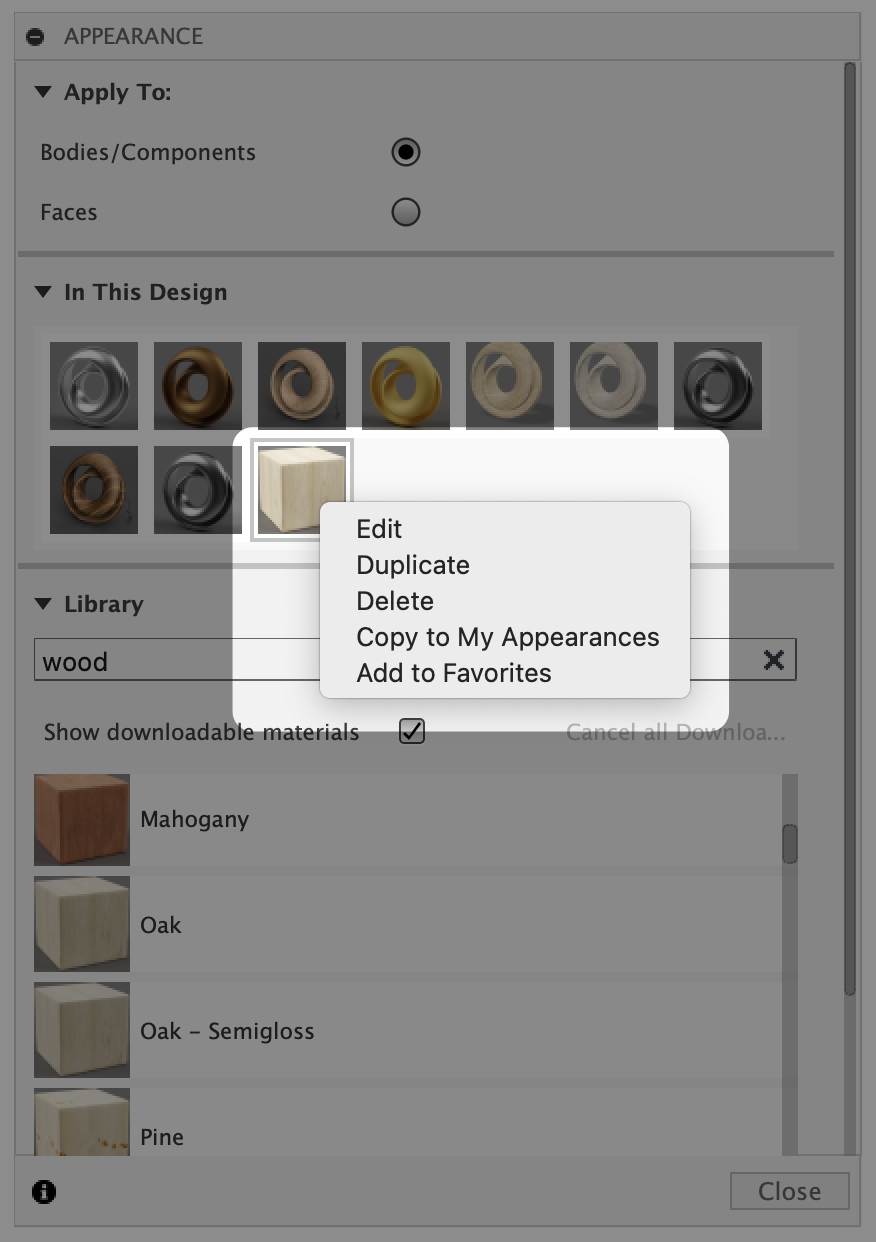 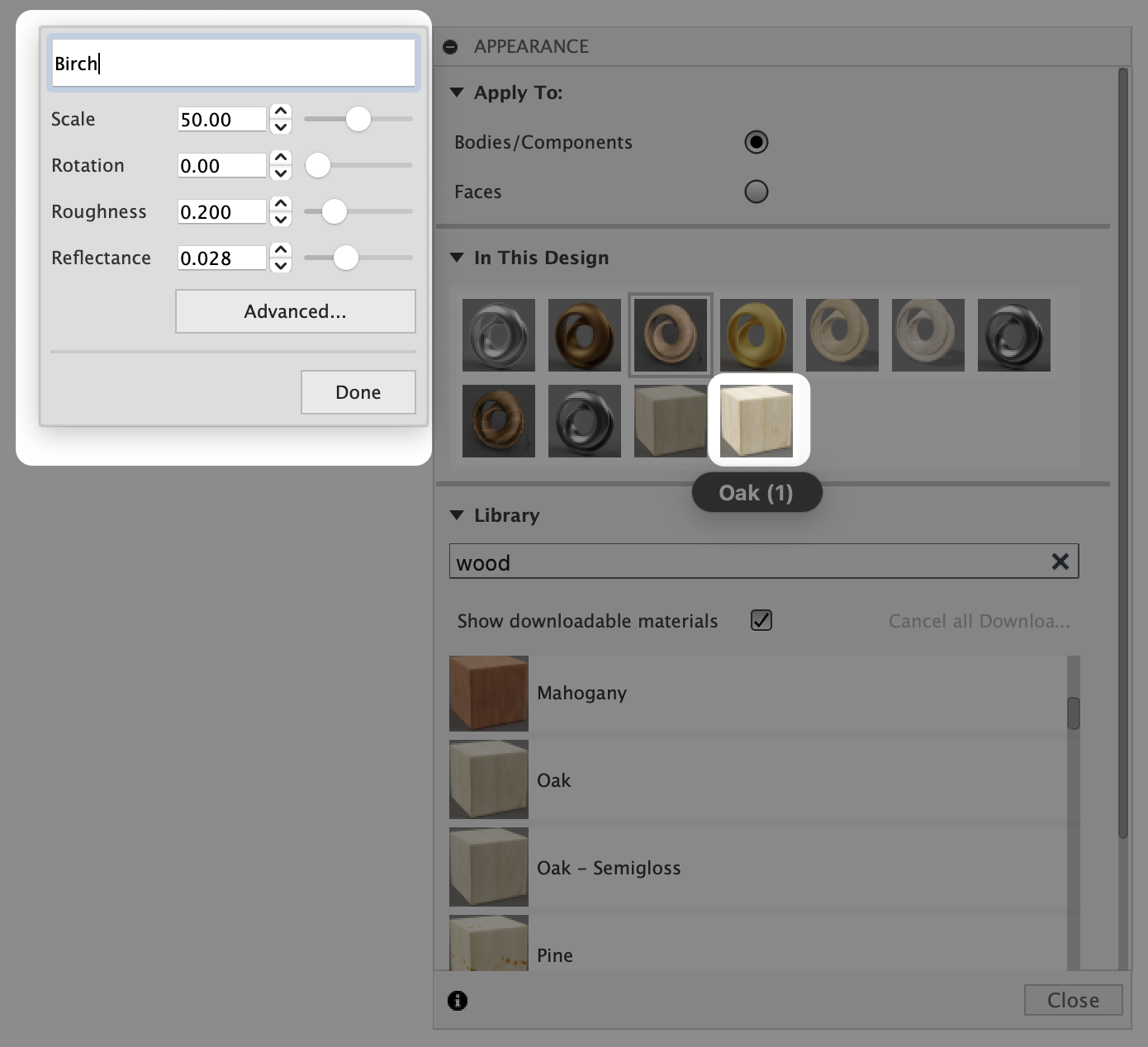 5
Select the  Advanced button. Select the Image (located under Parameters). Select the source link (ie. wood_oak_color.jpg), which is usually a jpg or png. 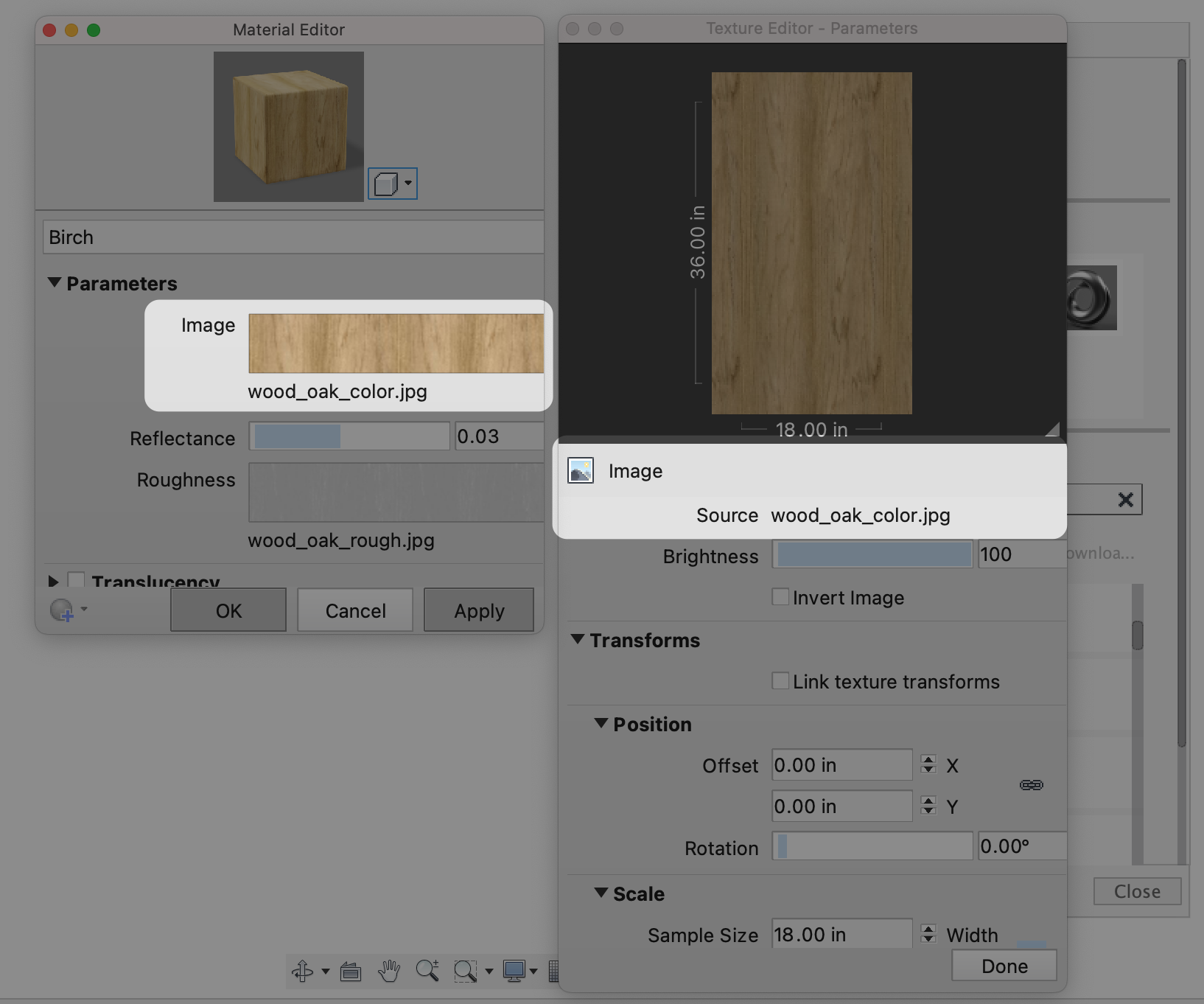 6
Another dialog will open. Select a .jpg or .png image from your local computer. Select Open. Tip: Search 'free birch plywood texture' on Google images and sort by high-resolution. 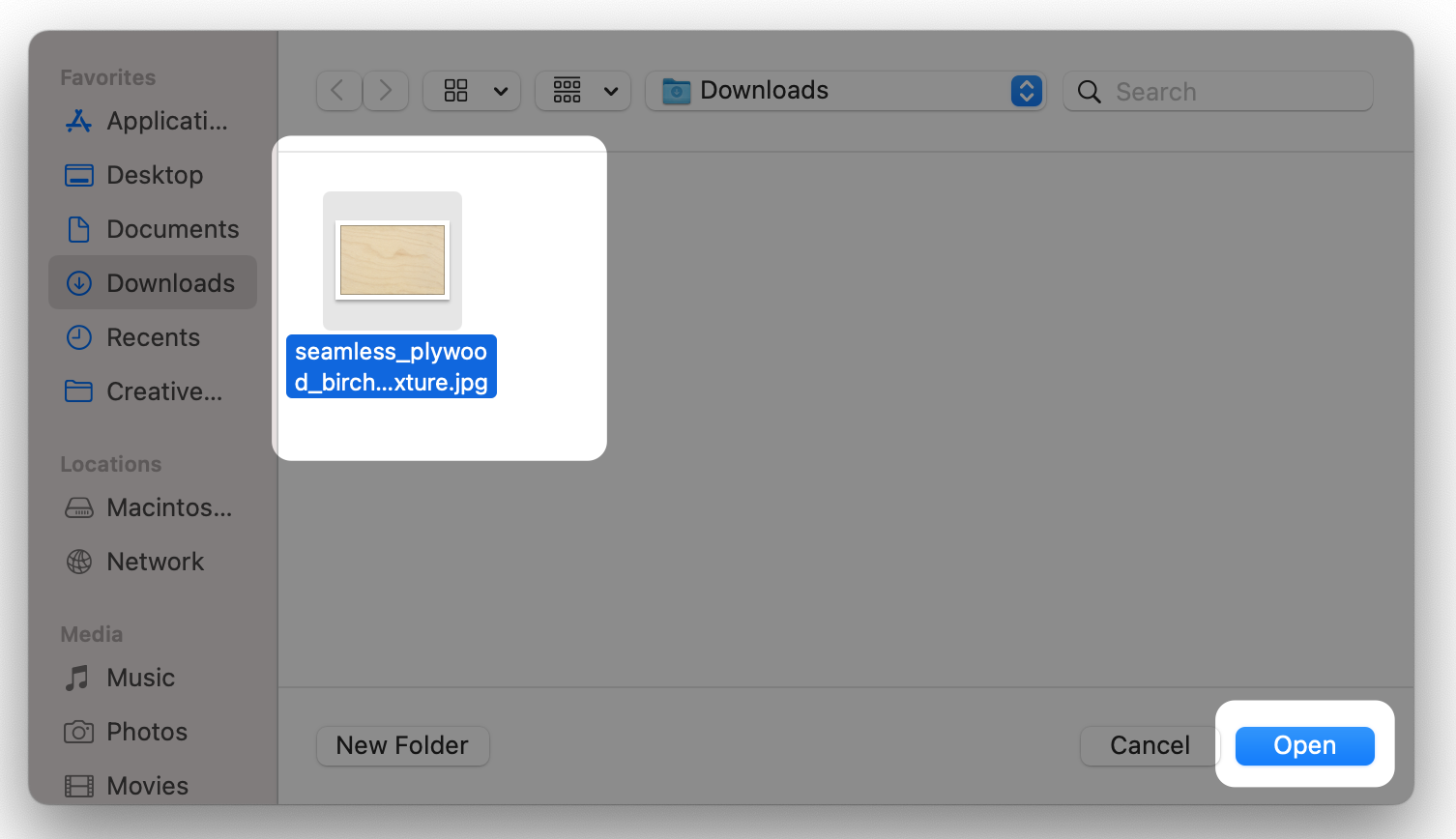 7
The appearance will now resemble the selected image. Adjust the advanced settings below (the rest of the dialog) to further define the custom appearance. Hit Apply to save the appearance. 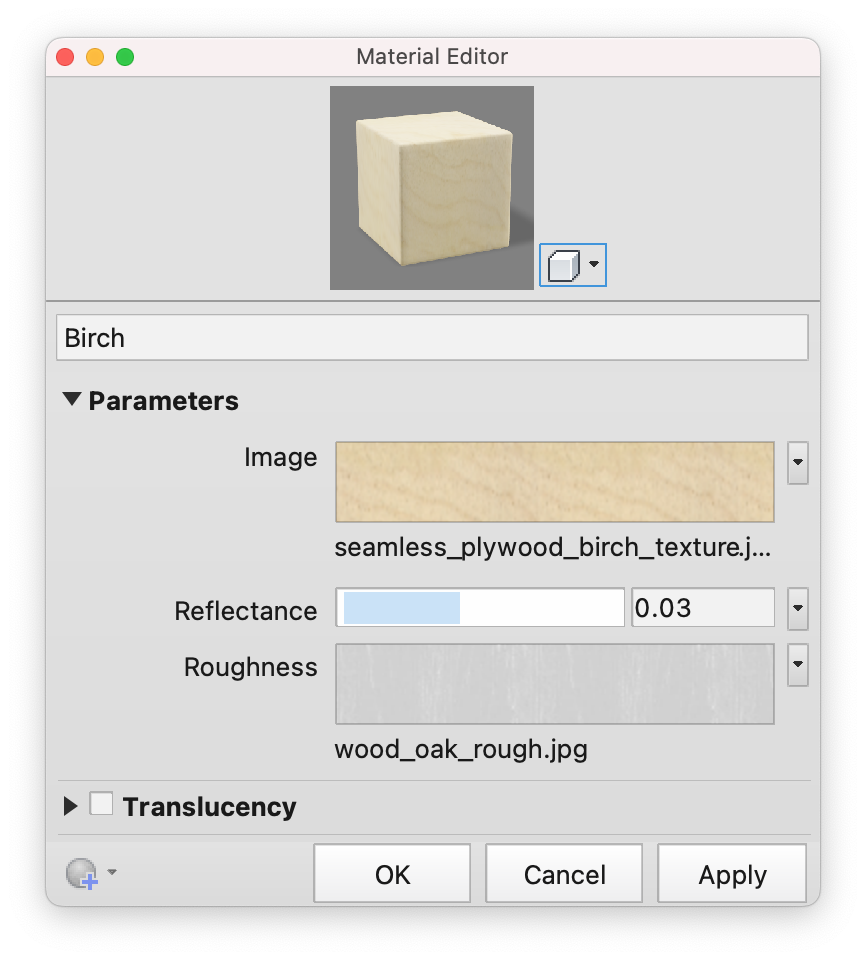 Replace the Relief Pattern (Bump) with a white and black image. Bump defines larger-scale features than you can achieve with Roughness, like dents, cracks, and grooves. Apply an image where those features are defined, with white corresponding to peaks and black to valleys. 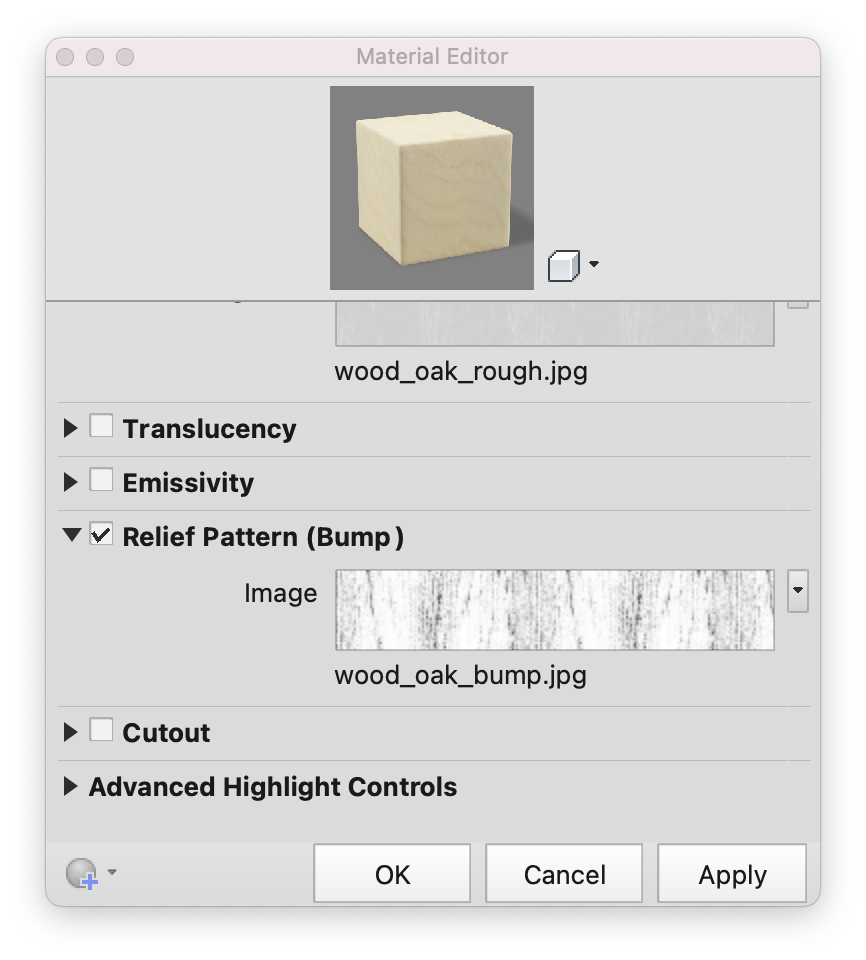 8
Drag and drop the appearance to the desired component in the Browser or Canvas. 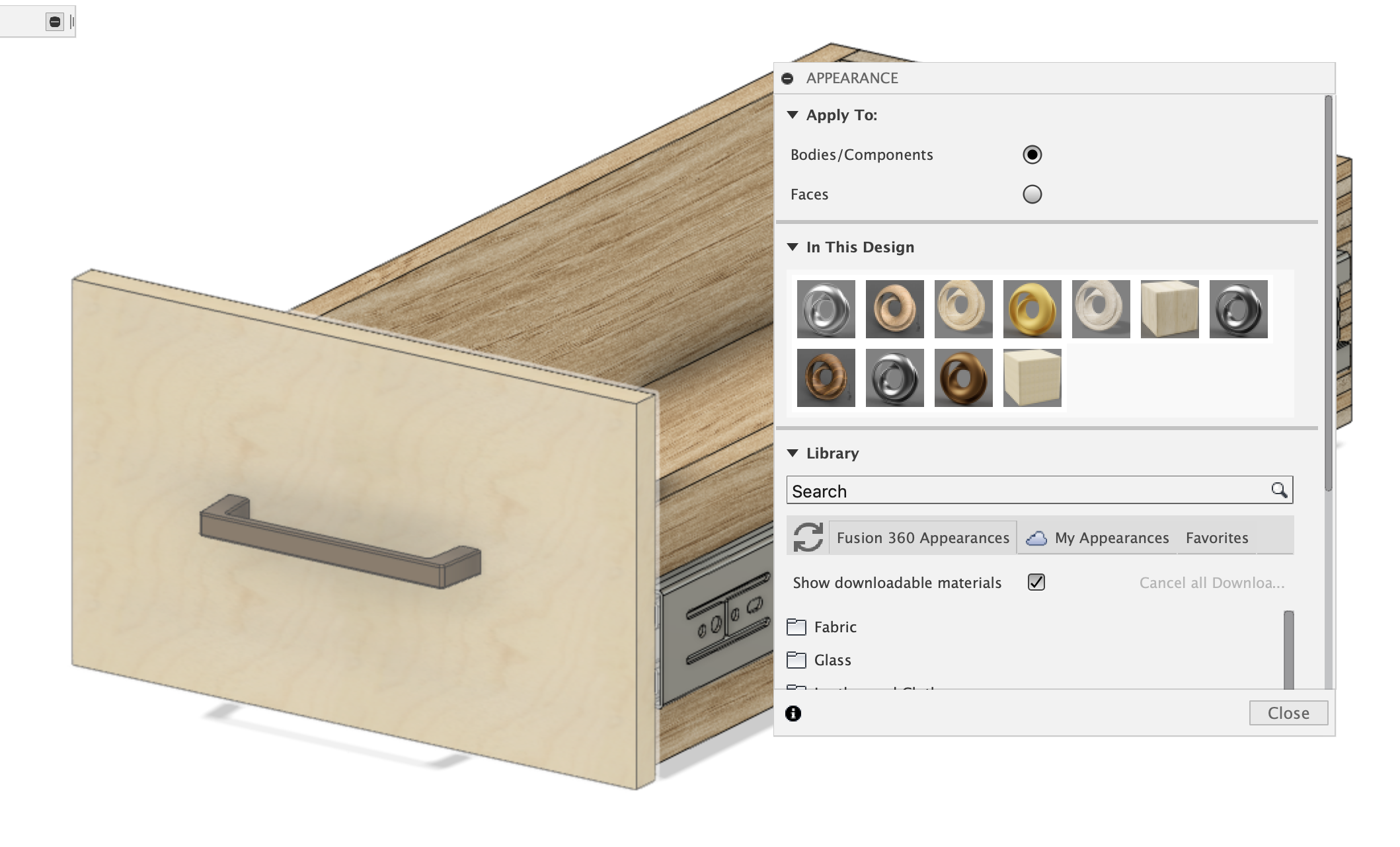