Is There a Way to Change Direction of Pipe Command in Fusion 360?

You would like to change the direction of the Pipe command in Fusion 360.

The triangle section faces straight-up because the path was created on the XY origin plane. 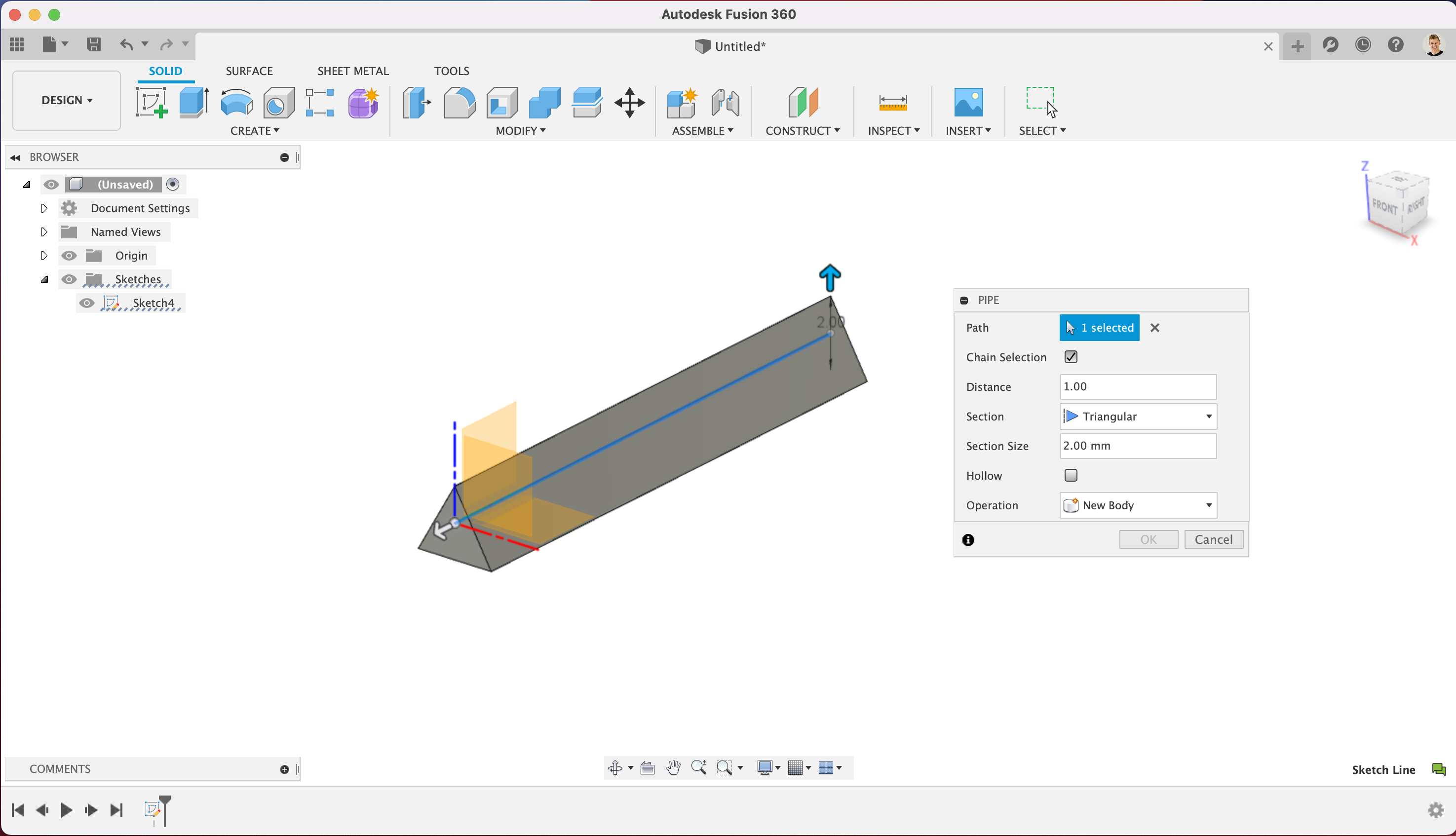 The triangle section faces the right because the path was created on the YZ origin plane. 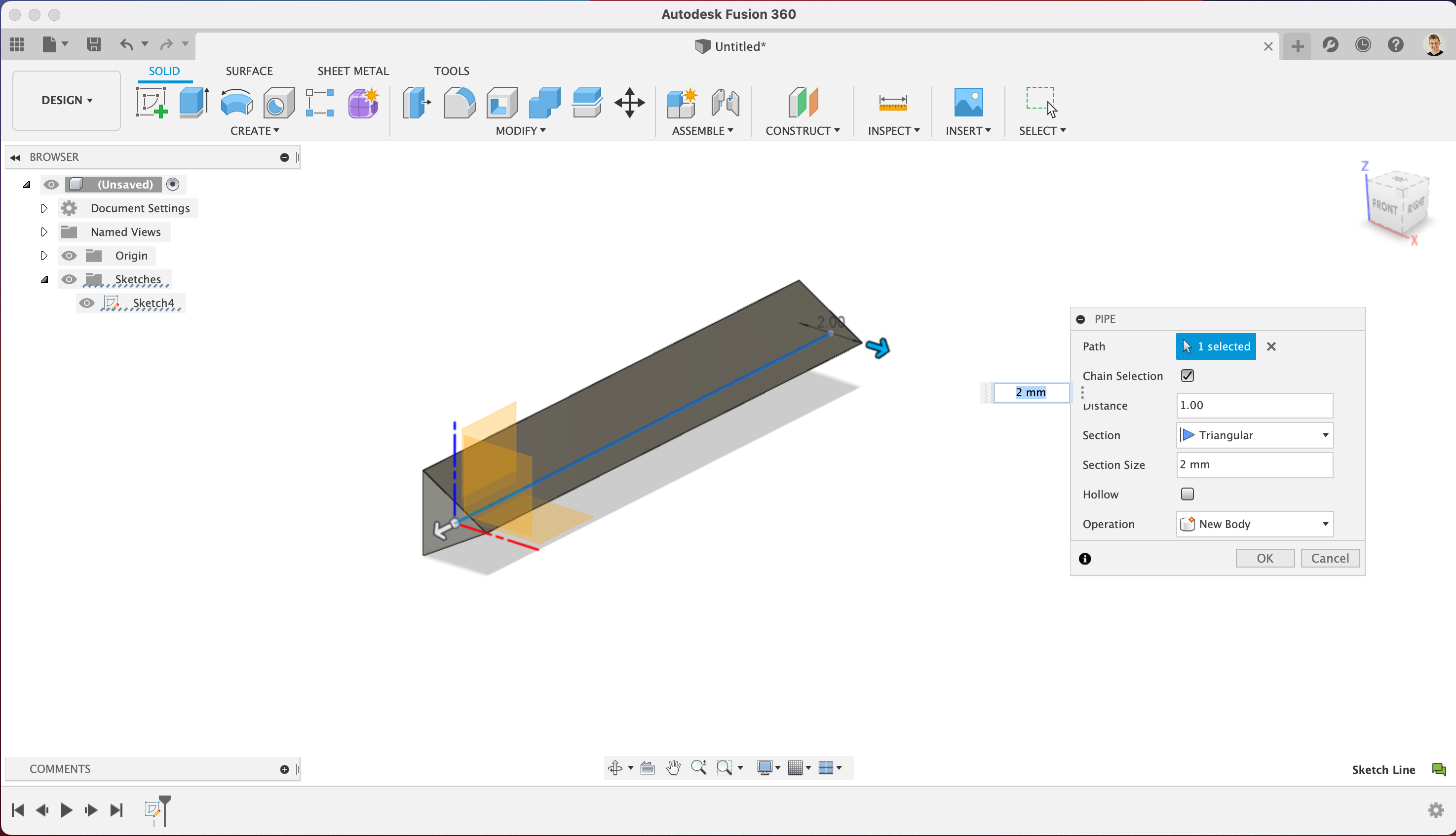